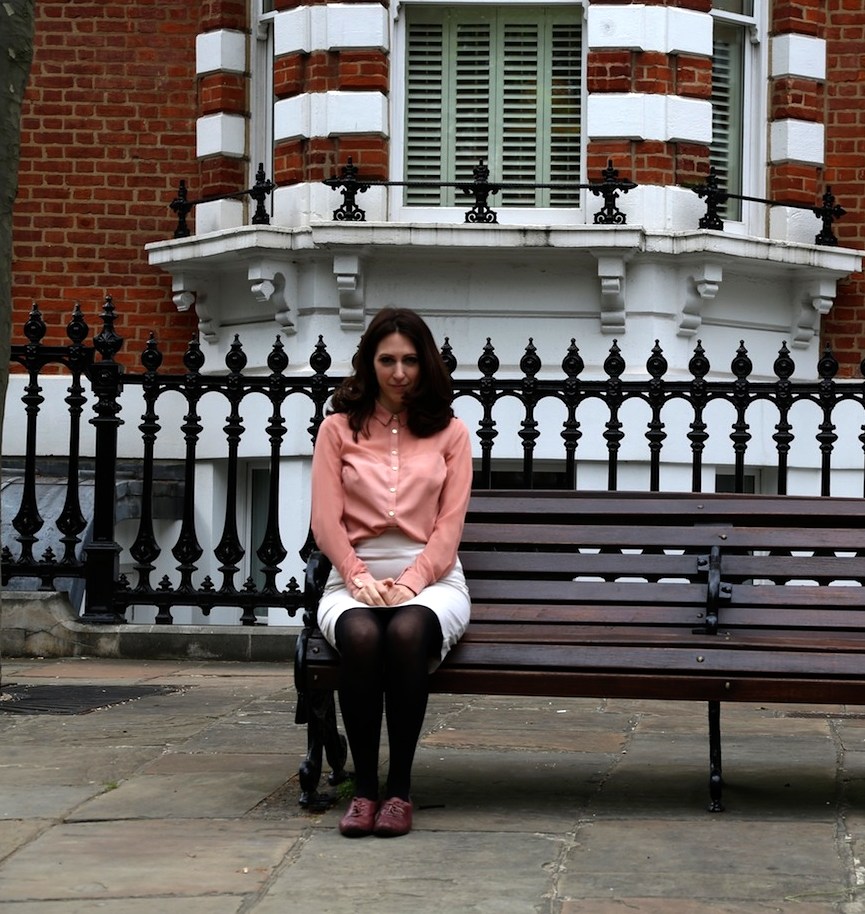 Effy Efthymiou is a composer of new music, and creator and producer of multimedia stage works that harness music, movement, the spoken word and the body. Her work has been described as ‘Brilliantly realized’ by Tamara Guasi in Time Out, 2008, and as ‘a powerful statement for 21st century innovation’ (Timmy Fisher, Bachtrack, 2018).

Effy has won numerous awards to create and produce her work, including from PRSF (Women Make Music), Arts Council England, National Lottery, Wellcome Trust, Hinrichsen Foundation, RVW Trust and Playground Studio. Her work has been performed at festivals and venues across the UK, including at Kings Place (which has programmed three evening-long performances of her work), Queen Elizabeth Hall, Barbican, Sage Gateshead, Handel and Hendrix in London, Kettle’s Yard, Westminster Abbey, Bridgewater Hall and the International Guitar Festival.

Effy studied Composition at Trinity Laban Conservatoire of Music and Dance, with scholarships from the Leverhulme Trust and TCM Trust, and is currently undertaking a Ph.D in Composition at King’s College London, with a full scholarship from the London Arts and Humanities Partnership (LAHP). Her music is published by Edition HH.

I will wait, but not as I run (chamber orchestra). Premiered at the Equator Women of the World Festival, Kings Place, London, 20 October 2018. Performed by the Zeitgeist Chamber Orchestra. Conducted by Sam Poppleton.

Even if it is Only a Whisper (two violins). Shortlisted for Ivan Juritz Prize, 2018. Premiered at King’s College London in celebration of International Women’s Day, 8 March 2018.

I am Standing Here (solo viola). Premiered by Mark Gibbs at the Equator Women of the World Festival, Kings Place, London, 20 October 2018. Subsequent performances at All Hallows by the Tower, City of London, 26 October, and Blue Room, Lincoln, 8 November 2018. Funded by Hinrichsen Foundation.

Wherever I Hang (string quartet). Performed at Arcola Theatre, 14 and 15 September 2007 as part of Hip Hop Ballet, Wherever I Hang. Supported by the National Lottery and Scarman Trust.

A Boy in a Dress (soprano, piano and percussion). Premiered at Tête á Tête Opera Festival, Riverside Studios, 11 and 12 August 2012, as part of multimedia opera, Fragments of Sun.

Phrenetikos (organ). Premiered at Westminster Abbey on 30 May 2010 with a subsequent performance by organist William Whitehead at St. Michael’s Church on 25 February 2011.

Electronomikos (harpsichord and electronics). Premiered at Handel and Hendrix in London by Jane Chapman, 4 June 2011.

Rituals to Mould Her With (a multimedia collaboration with Litha Efthymiou, harpsichordist Jane Chapman, dancer Harriet Parker-Beldeau, and actor Esmé Patey-Ford). Performed at London's Kings Place on 5 February 2017; Handel and Hendrix in London, May 2017; RWA in Bristol, November 2016; and Southampton's Turner Sims in December 2016. Supported by Hinrichsen Foundation, RVW Trust, and the Brigstow Institute.

Parting (a multidisciplinary stage work for 13 musicians, two actors, dancer and two filmmakers, in collaboration with a psychologist from the Institute of Psychiatry). Commissioned by Kings Place and premiered on 16 March 2014; previews at National Maritime Museum and Blackheath Halls, 2012. Supported by Arts Council England.

Fragments of Sun (a multidisciplinary opera, with dance and live video projection). Commissioned by and performed at the Tête á Tête Opera Festival, Riverside Studios, 11 and 12 August 2012.

Wherever I Hang: A Hip Hop Ballet (a multimedia work for string quartet and Hip Hop dancers). Performed at Arcola Theatre, 14 and 15 September 2007. Supported by the National Lottery.

The Fourth Dimension. Film premiered at the BFI London Film Festival on 10 October 2012.