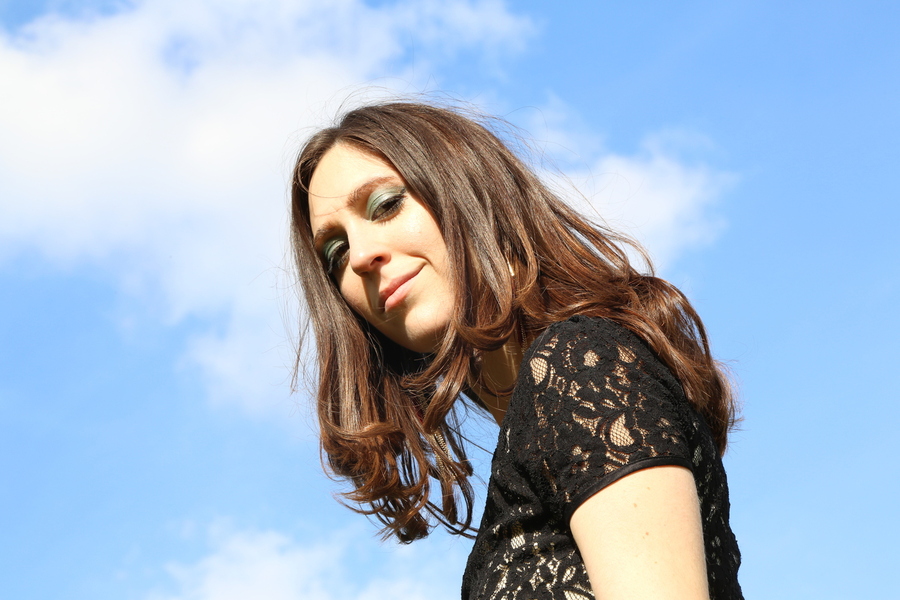 Litha Efthymiou is a composer of new music, and creator and producer of multimedia stage works that consolidate music, movement and the body, with a particular emphasis on the use of physical and auditory gesture-making devices.

Litha studied composition at Trinity Laban Conservatoire of Music and Dance, with support from the Leverhulme Trust, Gladys Bratton Award, Linda Hill Award, and TCM Trust. She gained her Ph.D from the University of Bristol, with a full stipend from the European Research Council. Litha’s music has been supported by Sound and Music, PRS Foundation, Making Music, Arts Council England, St Hugh’s Foundation, RVW Trust, Hinrichsen Foundation, and the Wellcome Trust. She has received commissions from organisations including the International Guitar Foundation, Women of the World, Sound World, and New Music Southwest. Her work has been performed at Southbank Centre, Kings Place, Royal Albert Hall, Sage Gateshead, Turner Sims, and Handel and Hendrix in London. Her compositions are published by Edition HH.

Moon from Earth (string quartet). Commissioned by Sound World and the Bristol Planetarium (We the Curious) for the Zelkova Quartet. The piece accompanies a new film that was created by We the Curious to celebrate the Apollo 11 moon landings. The piece was performed at We the Curious in Bristol on 20 July 2019, 2 and 30 August 2019, 20 September 2019, 18 October 2019, 29 November 2019, and will be showing at planetaria across the world.

Let Him Kiss Me With the Kiss of His Mouth (female choir SSA). Commissioned by Invicta Upper Voices. Premiered at Kings Place, London, 1 October 2016, as part of WOW Equator Festival.

Looking at Me (soprano and piano). Performed at Kings Place by Susanna Fairbairn and Matthew Schellhorn, 16 March 2014.

Synchrony  (cello and waterphone). This short work was written for Tim Williams and Jen Langridge from Psappha Ensemble. It was written as part of Psappha's Composing For... scheme. The work was filmed on 16th May 2022 for web release.

A Light Went Out  (classical guitar). Premiered at Kings Place, London, 23rd October 2021. Commissioned by the International Guitar Foundation as part of La Leona: Women and the Guitar, organised by IGF.

Waves (viola). Premiered at Kings Place, London, 20 October 2018 as part of Women of the World Festival. Subsequent performances at All Hallows by the Tower, City of London, 26 October, and Blue Room, Lincoln, 8 November 2018. Funded by the Hinrichsen Foundation.

Agrippina's Descent (violin and electronics). Premiered by violinist, Darragh Morgan at the Old Royal Naval College in May 2010.

I Only Know I Am (a multimedia collaboration with Martin Scheuregger, the Bristol Ensemble, soprano Susan Parkes, and actor Ian Harris). Performed at Lincoln's Blue Room on 26 September 2019. Supported by St Hugh's Foundation, Wild Plum Arts and Britten Pears Foundation.

Rituals to Mould Her With (a multimedia collaboration with Effy Efthymiou, harpsichordist Jane Chapman, dancer Harriet Parker-Beldeau, and actress Esmé Patey-Ford). Performed at London's Kings Place on 5 February 2017, Handel and Hendrix in London in May 2017, RWA in Bristol in November 2016, and Southampton's Turner Sims in December 2016. Supported by Hinrichsen Foundation, RVW Trust, and the Brigstow Institute.

Parting (a multidisciplinary stage work for 13 musicians, two actors, dancer and two filmmakers, in collaboration with a psychologist from the Institute of Psychiatry). Commissioned by Kings Place and premiered on 16 March 2014; previews at National Maritime Museum and Blackheath Halls, 2012. Supported by Arts Council England.

Fragments of Sun (a multidisciplinary opera, with dance and live video projection). Commissioned by and performed at the Tête á Tête Opera Festival, Riverside Studios, 11 and 12 August 2012.

Wherever I Hang: A Hip Hop Ballet (a multimedia work for string quartet and Hip Hop dancers). Performed at Arcola Theatre, 14 and 15 September 2007. Supported by the National Lottery.